At long last, the VM O-ring kit is available!

A bargain at half the price!


This kit is designed for the Mikuni VM carburetors that were fitted to 1977-1979 Suzuki four-cylinder engines. (It's probable that there are Kawasaki fours that use the same carbs, so these should fit your bikes as well.  I guarantee nothing.)  There's a rebuild procedure for these carbs here:  by Paul Musser at the GS Resources.


Just for luck, verify your carb against this picture of a VM carb body.  Does it match?  Here's a really HI-RES version:

There are 32 O-rings in six sizes, shown here: 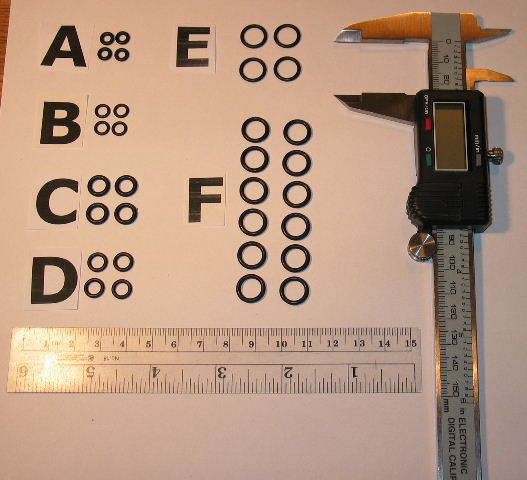 Here's a Hi-Res version of this photo:

Here's how the O-rings are matched to the carburetor parts: 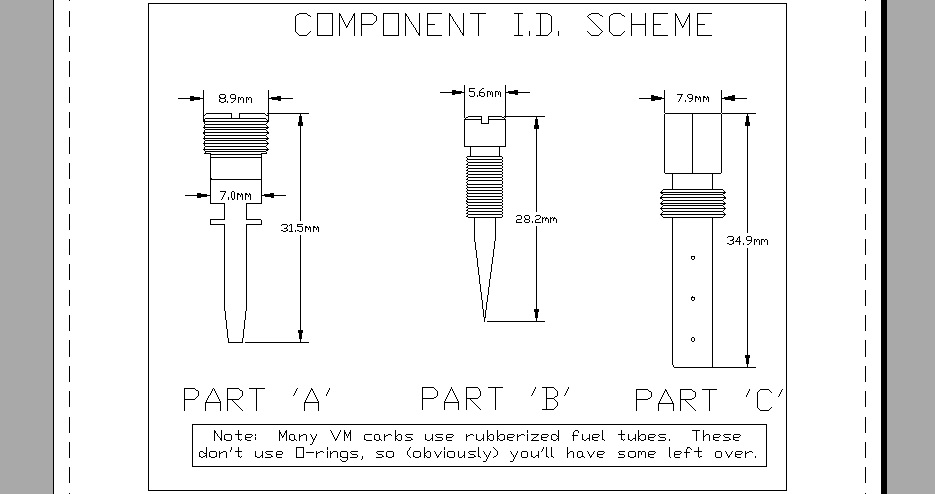 Since each part has about 14 different names, varying with who you talk to, I simplified things and just used A-F.

Part 'F' fits the fuel tubes; some VM carbs use 12 of these, some use 8, and some don't use any at all.  I include 12 in every kit because I have no way of knowing if someone swapped carbs on your bike.  Having leftovers beats being shorted.

Part 'B' is the worst nightmare, for most folks, since the dealerships don't even have part numbers for these.  They fit the mysterious 'emissions mixture screw' which doesn't even show up on factory exploded diagrams.  It's seen here:
One of many problems you'll find when you search for these retail is the difference in cross-sectional area.  Some are fat, some are very slender.  Typically, if you find an O-ring with an acceptable I.D., it'll be too fat.  A proper fit requires the right material, the right I.D. and the right cross-section.  Look at the difference between A and B in this photo:


The smaller O-rings are substantially fatter.  If you have too much OR too little material in the ringland, you are headed for problems.

For a while,  this was a very common source of trouble for people on the GS Resources website.  It's common to drain  fuel from the bowls by removing the drain plugs.  This disturbs ancient O-rings, which now leak.  Replacements with the right I.D. (or reasonably close) are available from generic kits; most auto part stores can find a 'match' in what are known as "Dash Size assortments".

The problem is, the dash size for that I.D. is far too fat.  In direct comparison, it looks pregnant.  You have to really crank on the screwdriver to tighten that drain plug now!  Guess what's happening.  The odds are overwhelming that you'll find slivers of sheared-off O-ring in the fuel bowl.  Guess where those slivers wind up.  You'd be pulling the carbs again very soon.

To order this kit, proceed to the order page.  Before you do anything rash, though, you should look over page 3 (Intake stuff).